In case you didn’t catch it, I was talking about “Authenticity & Law of Attraction” live on online TV last week on Angela Goodeve’s Path to Joy and Prosperity TV Show.  We also talked about “Energy Vampires”; other people, things and situations taking up your energy to create with; inauthenticity being a heavy ‘mask’ to carry, and much more in an hour long interview.

The show was then on YouTube. If you’d like to watch the show there on YouTube you can do so by clicking here.  Unfortunately the audio is a little bit distorted at times, it might have been something at my end at the time which we’ll rectify for future.

I have been asked about doing an Online TV Series and we are talking about it.

Is it something that would interest you?  Comment below and let me know! 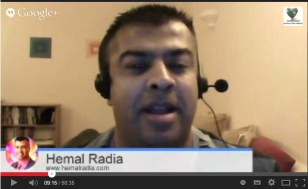 I recently came across a video of someone I met in around 1992.  As far as I remember he and his wife were in The Secret, or a version of it at least.

I met Morris Goodman, later nicknamed as “The Miracle Man” (you’ll see why below), and his wife in around 1992 at a conference.

There is a link lower down this email to a video on YouTube which is based on his true story (this video used to be sold on video tape many years ago for around $40-50 and is now viewable for free on YouTube).

He was one of the top insurance salesmen in the US and took a flight on his personal plane on March 10th 1981. The plane crashed and in the process crushing his body.

He wakes up in hospital on a respirator and they tell him that his neck was broken, his spinal column crushed, he had permanent nerve damage which caused disfunctioning of his liver, bladder, kidneys and diaphragm which would mean that he would never breathe again without assistance nor eat or drink again nor be able to walk or anything else. That his larynx was so damaged that he’d never be able to speak again. They even told his family that he would be lucky if he survived the night.

He believed in the power of the mind and visualised healing his body and seeing it healed. He also felt he had to ward off other people’s – including medical professional’s – negative expectations and beliefs that someone who has severe injuries has to die.  He tells the doctor that he is going to walk out of the hospital – ie not in a wheelchair – and many months later walk into the doctor’s office and shake his hand.

(If the above link doesn’t work then it may be due to YouTube setting access restrictions. You may try this which is a shorter excerpt of his story)

What do you think? Are you inspired by this story? Tell me what you think in the comments below! 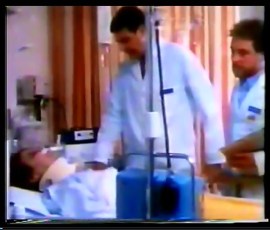