This is a story that I hadn’t shared online.  After so many years, I shared it for the first time on Manifesting Excellence last week (and thanks to the comments I received there it made me think that this story might be valued on a wider scale also).

Last Thursday I called a nursing home to ask about the condition of a “Mrs Jacobs”. I was told she is now bed-ridden and doesn’t eat very much. She has Parkinsons.  It is her 95th birthday tomorrow (Monday) and I sent her a letter and card a few days ago.

I will start from the beginning…

When we came to this country (England) in the 70s Mrs (Kathleen) Jacobs helped teach my mum English.  I was tiny at the time.  Her and her husband then moved away to Dorset, in the UK.

But she would be in touch with me… every birthday of mine and every Christmas, and often with a letter.  When I was old enough, I would do the same.  And usually I would write a letter to let her know how I was doing.

In the 1990s her husband and her were both moved into a nursing home.  Then her husband died, he’d had Parkinson’s, and she had it too.  I carried on being in touch with Mrs Jacobs.

Around 10 or so years ago I hadn’t received a birthday card so I called her nursing home to check she was ok.  She was disappointed that she had forgotten and the next day a card landed on my doorstep.

Within a few years I noticed that her handwriting on the envelope and card was getting more scribbly and it must have been taking much more effort.  A few years later I noticed I didn’t receive a card.  I thought to myself that this time would come and I hoped she was ok and I would still be in touch with her every birthday and every Christmas and carried on doing so, and I would at times call the nursing home to check how she was.

Her hearing had also been going and so she couldn’t hear on the phone and maybe she found it distressing not to be able to hear someone so I wouldn’t call her but would call the nurses and speak to them and still write to Mrs Jacobs.

When I have written to her I would type my letters and put them in a large font so they were easier to read if she read them herself, or if a nurse read them to her, and I would sign them.

I called the nursing home last year and they said to me that she was keeping active and doing various classes at the home.

A few years ago my mum and middle brother went to see her in Dorset and she seemed to think my middle brother was me.  My mum said she barely remembered them and her awareness was fleeting.

I called the nursing home last Thursday and spoke to a nurse who said to me that Mrs Jacobs was now bed-ridden.

She doesn’t eat much, mainly her medication for Parkinsons.  The Parkinsons has had a degenerative effect on her muscles, hence she is bed-ridden.

I asked if she had any family and I was told she had two sons, one had moved abroad.  I asked if anyone was in touch with her and the nurse told me that it was just her other son and me.

The nurse said they had seen my cards and letters to Mrs Jacobs and so were comfortable in sharing confidential information about her health with me as she would want that.

I told the nurse more about the background that Mrs Jacobs and I had been in touch for over 35 years and she was astonished and thought it was beautiful.

Tomorrow is Mrs Jacob’s birthday.  Happy 95th Birthday, Mrs Jacobs.  Tomorrow, more people (by virtue of me sharing this story) will know of your birthday than ever before, ironically at a time when you are more bed-ridden than ever.

Upcoming Radio Shows (with an Olympian athlete and a Singer)

Just to let you know of a couple of upcoming radio shows I’ll be on where you can hear the latest questions being asked as well as ask any of your own.

Of course, these are both freely accessible online or via calling in.

Firstly, I will be a guest on former Olympian Nicole Moneer’s Lifestyle360 radio show on the VoiceAmerica network next week.  Her show is in the Top 10 on their network.

Throughout her life and career Nicole has applied and been fascinated by “The Law” (“Law of Attraction”).  She said she would love to have me on her show and give the TRUTH as to how to make this work even more effectively for her and her listeners.

The show is next Tuesday 12th August at 7am PT/10am ET/3pm UK time, you can find out more at Hemal Radia on Nicole Moneer’s Lifestyle360 show. 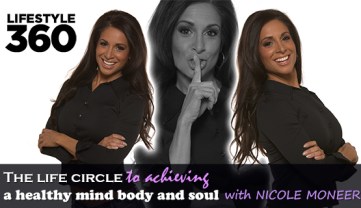 Also later that day I will be on Chessie Robert’s Get on the Grid radio show.

In Chessie’s words:
“Next Tuesday I discuss with Hemal what accuracy really means in this context of manifestation and how our mind, ego, spirit and emotion are used as tools to become aware of our feelings so that we do indeed create what we desire. Want to make your dreams come true? Then you can’t miss this interview! Hemal and I discuss what it is that so often trips us up in our attempts to manifest our goals and dreams.”

This show is next Tuesday 12th August at 4pm PT/7pm ET, you can find out more at Hemal Radia on Get on the Grid radio show.

Yesterday I had a very lovely experience which all started by me setting an intention, which I will share with you in a moment.

I was on my way to the gym early yesterday morning and I knew I would be doing quite a bit of cardio so I set an intention… I said to myself: “Wouldn’t it be lovely if I bump into some wonderful people at the gym and we have some GREAT chats!”

The irony is this… I DID meet three people… and they were all people I had known from the gym for years, but (as a result of the energy of the intention) we had very NEW conversations…

Change your energy, and you draw forth new experiences, including from the same people.
The third person I synchronistically bumped into worked freelance with film studios such as Pinewood and Shepperton here in the UK and worked on major blockbuster movies over the years.  We have said hello to each other for years but this time we talked about all sorts of experiences that we have had in our lives.

In his case, we was telling me how in the 70s and 80s he worked on the Superman and Star Wars movies amongst others.  He met Christopher Reeve, Marlon Brando, Peter Sellers and his wife Britt Ekland, David Niven and many others.

I got to know about these people as if I had met them myself… their nuances and their day to day habits which most people never get to know.

As we got talking my friend mentioned how in breaks during filming they would play football (soccer!).  They played football matches with Christopher Reeve and the lighting crew.  He told me now nowadays it wouldn’t happen anymore because the studios try to protect their ‘assets’ (the actors), including for insurance reasons.  I learned how Marlon Brando would take the crew out for drinks and was “a man’s man”.

I heard about how Peter Sellers would keep to himself, perhaps focused on his roles.  And there were quite a few stories about him and his then wife Britt Ekland!

I also heard about how David Niven is just like he is on-screen as is Christoper Reeve, and a gentleman.

My friend and I talked for quite a while and I learnt about many of the behind-the-scenes secrets and how high profile actors were when they weren’t on-screen.

I ended up getting a lot of cardio done as well as us laughing a lot and having plenty of fun!  At the end my friend and I shook hands and said we would chat again.

1 – I set an intention: “Wouldn’t it be lovely if I bump into some wonderful people at the gym and we have some GREAT chats!”

2 – I let it go.  I stayed in the moment and enjoyed my time in the gym.  I found that I used three pieces of equipment and waiting for me on the next equipment every time was someone ready to have a conversation.

Sure, I could have put on my earphones and listened to music or done something else, but I’d set the intention for conversation and this is what I got on this occasion, every time.

When you think of your goals, are you setting intentions?  Intentions create a focus in your energy.  Your perceptual filters (conscious and unconscious) also draw in data, information and situations to be consistent with your intention.

Setting intentions is often an under-rated tool.  Even if you are having a challenge or are stumped on a situation, set an intention for the answers to come to you – even if you don’t know how they will come.  Take it a step at a time.  You can intend your way to manifestations!

The above process may seem trivial to some, but it is a same type of process that makes fortunes, brings fantastic love to your life as well as bodily and health changes.