Are you Living Less of a Life Than is Possible For You?

Are you living far less of a life than you are capable of because? Perhaps not even being aware that you are?

Saturdays Manifesting Excellence call was about “Authenticity, Self-Esteem & Self Value” as well as answering questions that had been submitted.

We often become conditioned to our mental patterns and how we see ourselves.

For example when we grow up in a family situation where we may consistently be served last or a school situation where we are treated as not intelligent or capable or if we have been in an unhealthy relationship, we can inadvertently take on notions that we are not deserving of being happy or having what we want.

This can become very ingrained within us and we have no awareness of it because we are too busy living from those paradigms to even realise them.

Self-esteem and self-value can impact:
– Your income
– Your relationships and friendships
– Your health
– Your manifesting abilities and what you allow in your life – ie your quality of living

We also talked about authenticity on the call.  It is about alignment in what you say and what you do, as well as in relation to the energetic aspect of who you are.

When this is NOT in alignment we experience emotional pain and lives where what we want doesn’t happen. 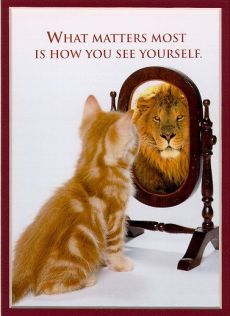 Nurse Lights Up Her Ward with Inspiration & Manifesting

Oftentimes many believe that changing their “everyday” lives can be difficult.  Also, at the moment there is a lot of attention being placed in the world on scarcity and limited resources.  This post shows that it can start with spirit, and the physical changes.

Here I share a story about a nurse, who looks after babies born up to 16 weeks early, who has not only transformed her own life, but of those around her, including those at the hospital where she works.  Other nurses, patients, supervisors, and more, have all “felt the energy”.  She has very much applied inspiration, Law of Attraction, and “Manifesting”.

In her words she says:

I am a qualified Neonatal nurse and I look after babies born up to 16 weeks early, or any baby who is considered to be unable to be cared for by its mother.  So babies who have cardiac anomolies, hypothermia, hypoglycemia, birth abnormalities, babies requiring respiratory support, nutritional support, fractures due to delivery, babies having seizures, babies that dont feed, babies that have social problems, babies needing surgical interventions etc… the list is endless : )
(The pictures on this post are courtesy of Pamela)

Her name is Pamela Marsh and those of you on the group coaching calls will know her.  She is also a one-to-one client.

We have been working together for a few months and she has also been on the group coaching program.  We were interacting yesterday about some of the results she has been getting, including at her hospital, and thought it might be fun to share with others.

Some of the “Manifestations”

Some of what has been happening for her:

– Early on when we were interacting, within a couple of weeks, she attracted the car of her dreams (In her words: “I manifested an awesome car : ) “).  Originally she wasn’t sure how it would happen.  I gave her processes to focus on the car itself and let the details be taken care of.  They were, the “how” took care of itself.
– Parking spaces appearing when she goes out
– The other day she parked somewhere and someone came over and gave her a ticket for parking that they had already paid for
– Traffic lights that are green
– People making her cups of tea when she thinks about it
– This week she has been manifesting boxes of chocolates too

And, in her words:

Oh but you missed the best one of all.. In the beginning I had a desire to leave behind the life/relationship that was dragging me down, and that led me firstly to manifesting a super coach (Hemal!) that started guiding me in the right direction, and now i’m finding myself again.  The real happy, excited, unstoppable me and life just keeps getting better and better. ~ Thank you Hemal, you are fabulous : ) 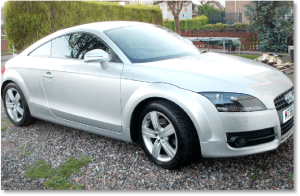 What Has Been Happening At Work

At her place of work what has been happening is:

– Other nurses feel inspired
– ‘Politics’ happen less, as everyone is more focused and busy on ‘feeling good’!
– There is a “great spirit”, and laughter can be heard!
– A consultant commenting: “I always know when you are here because I always hear laughing, laughter everywhere!  It’s so good.”
– Because people are too busy playing the games and the momentum builds, there is no time for comments such as “What are you so happy about?” 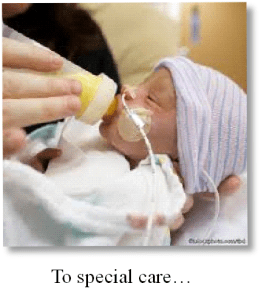 How Has She Done This?

As mentioned above, there would be a great spirit and a great energy.  Despite a situation or the resources you believe you have (or that you believe you don’t have!), when you change ‘you’, you draw all sorts of resources to you for things to happen.

Technique Being Shared on This Saturday’s Manifesting Excellence Call

On this Saturday’s Manifesting Excellence call I will be sharing a technique I have used for years about how to vibrationally get from where you are to where you want to be when what you want feels far away.  A technique to bridge that gap when something feels far away.  Plus also questions submitted for the call.

We also have questions already submitted about:

– “How to Know When You Are Using Law of Attraction ‘Right'”
– “Dealing with Overwhelm”
– “Manifesting Money When Your Employer is Having Cutbacks and You Have Only One Source of Income”
– “Helping Children with their Flow”
– “Praying, and ‘Angels'”
– And Much More!

Register and Submit YOUR Questions! 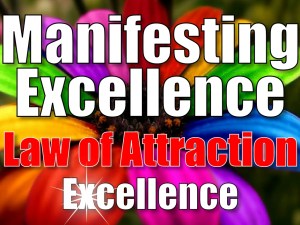 Just to let you know that the live call this coming Saturday on the Manifesting Excellence program is about "Attracting Money, Jobs, and Material 'Possessions'" or any questions related to it.

This has come about from various member questions about these subjects, so we thought we'd have a live call where you can submit questions for it.  It can be about a situation that you're in, a challenge, other aspects of 'attracting', or anything else related to this.

If you'd like to know more about the program and want to join, go to Manifesting Excellence Law of Attraction Group Coaching Program

Upon joining, you can interact with others on a private group on Facebook as well as submit any questions you have if you'd like to.

Losing 35 Pounds in Weight With What You Learn

Earlier today I was sent a video by Michael Todd in which he mentions how he has moved towards his “perfect body” through what he has learned from me.  He mentioned to me previously that he has lost 16kg in weight (35 pounds).

I had no idea that he was going to be sending a video or saying what he has until I received it.  I thought I would share this video with you as I know so many people that often ask me questions about how to lose weight using the Law of Attraction and through how they think about themselves.

I have also put this video as a video testimonial on the Manifesting Excellence Law of Attraction Group Coaching Program webpage.

If you are reading this anywhere other than the blog,

For many, just knowing that someone has effectively lost weight using this material is valuable in and of itself.

These techniques, processes, insights work for any area of your life as we are talking about working with energy and vibration, which everything is composed of, and are malleable.