$50k in 60 Days, Losing Many Pounds in Bodyweight, Finishing a Book, and Much More!

Just to let you know that next week we are starting another 60 Day Process Thread on Manifesting Excellence.

Here are some of the achievements on the last one (which started on 7th May and finished last Friday):

– One woman made $50k in 60 days for the first time in her life (she is aiming for $100k in the next one starting on Monday)
– Another identified blocks which had been stopping her from increasing her income for over 30 years
– Another woman wrote a book and almost finished a second one also
– Health and energy benefits, juicing started by some, and many pounds in bodyweight lost!
– Personal development goals achieved – the right information showing up at the right time!
– Other goals happening as a result of the natural focusing of energy in this process

Let me ask you, what would you like to happen in the next 60 days for yourself?

If others can make thousands of dollars, lose many pounds in bodyweight, finish writing books, have greater fulfillment and much much more, why can’t you have what YOU want?

Would you like to join the large list of people that have made things happen?  Or in 60 days will you look back with not much having changed in your life?

You get to set goals for yourself that YOU resonate with.  We are all in different places in our evolution with different things we want (or need) to happen for us to progress.

– A financial goal?
– Lose bodyweight?  Be firmer and trimmer?  Feel healthier?  Have more energy for your life and for those around you?
– Relationship goals?  Meet someone?  Deepen a connection you already have?
– Write a book?  Start a business?  Move your business to THRIVING?
– More fulfillment and joy in your life?
– Achieve a goal that you have been wanting to happen for some time but hasn’t happened yet?
– Overcome a challenge or an issue?  Grow in some ways?  Resolve some things so you can live your life much FREER?

I invite you to take this opportunity.  Many more are joining in on the next 60 Day Process which we are starting early next week.

Join now to make sure that you are in!

Many people read an email or a message like this but lack follow-through to make things happen.

Will you be making great things happen in your life in the next 60 days?  We would love you to… not for us, but for what YOU will get from it!

Join us by registering at Manifesting Excellence.

Wishing you a very special day ahead!! 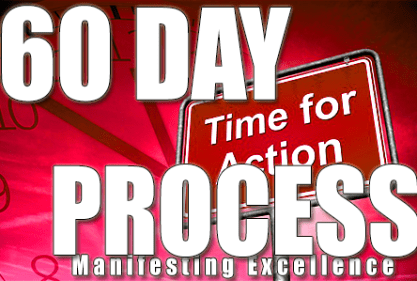 “Single Mother Finding Money Hard to Come By” & Much More

Below is some of what we shared on Saturday’s Manifesting Excellence call/audio. The first question was from a single mother of 21 years who was finding money hard work to attract into her life.

The next question was by a woman who was finding she was giving to her friends and family but people weren’t reciprocating to be there for her and she was feeling out of balance about it.

I also then followed on from the online TV show last week and shared more about Authenticity when it comes to attracting what you want.

Below are more details about what we covered.  If you’d like to access the audio you can do so via registering at www.hemalradia.com/manifesting

“Through one of your wonderful calls I identified that my belief is that I have to work hard for money to come into my life or it is hard to earn money. I was a single parent for 21 years. Could my belief in that we will always survive, and my son and I did, be a blocking factor? I always survive financially, but I am blocked on how to increase and maintain more money coming into my life . I know we can have a surplus of money, back up money and  savings that easily come into our lives. How can I do this?”
– Looking into your beliefs about receiving and allowing money
– Do you identify – your identity and self image – with surviving and struggling, or thriving?
– ‘Earning’ money and ‘having’ money
– Does having money mean other complications or problems?
– Moving from surviving to THRIVING
– “What do I carry in my aura… what signs am I sending out … that even friends talk talk talk and forget to listen to me… I am the giver all the time. Am I sending out certain signals that I need to change? I’d like things to be in flow… giving, taking, loving, caring…”
– Others getting ‘entranced’ and engrossed with your communication
– Are you ok to receive what you want?
– Others not aware about caring for you?
– Stepping away from some who only want to ‘take’

– Different types of authenticity/congruency
– It is hard work keeping up an inauthentic mask
- Being true to yourself and expressing it
– What you say and what you do being congruent
– Verbal & non-verbal
- The relationship between your ‘authenticity’ and your ability to manifest
– Clearing up your ‘signal’
- Not sending mixed messages and distortion to the Universe
– Make a list of WHAT you want, identify WHY you want it – clear up the energy behind it
– Why do you want/do the things you do – getting to the real energy behind your intentions and actions
– Clearing up fear, people pleasing, etc
– Coming from your core, your groundedness, strength, divinity etc
– Being true to your integrity and spirit
– Things (and people) that take your energy

Want to hear an example of how someone used appreciation and gratitude in attracting money to the sum of $350 within a few days?

I was approached by someone wanting to be a new client a week ago, whom I have been working with since then.  She doesn’t speak English very well, and so she preferred our interactions to be via email and audio replies which I sometimes send out to clients.  She is also on Manifesting Excellence and has been listening to the audios there.

She is in a job where she is not happy, in a relationship and living at a place where she would like to be able to have some contemplation away from.

The financial means to do so would be very helpful to her.  Hence, when she got in touch she wanted to get into her flow and attract work opportunities, financial resources, and more. 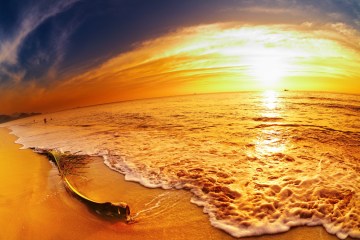 Getting a Sense of What’s Valuable to Work on Now

When I start working with someone I get a sense right away on where they are energetically and the steps for them to take at that moment.  In her case, I got her to start making lists of what she appreciated in her life.  I felt at the time that this would be the most useful thing for her.

I get a sense of what is most valuable for the client at the time, and also what they would enjoy the most as I want people to enjoy themselves, have fun, and be in their flow.

She was feeling the benefits of my suggestions in how she felt about herself right away and would tell me so.

I amped it up further and suggested she did the appreciation more frequently in the day, such as every few hours when she could, or even more frequently than that.  I also shared this approach in more detail on the Manifesting Excellence private group.

Shift the Energy, and Things Around You Shift Too

Things started happening in her life.  She felt more energy, she felt more of a purpose in her life.  And no longer did she allow the work that she hadn’t been enjoying to get her down, because she had something much bigger and better to focus on.

Within days, at the start of this week, she attracted a situation where she won $350 as well as various other happenings.

I wanted to share this example in how making subtle shifts in your energy can change things around you, including in attracting money.

Noticing the things that you DO have in your life is a great place to start in focusing on what is PRESENT in your life.

One, it magnifies your attention to what you DO have, and secondly, if you are focusing on what is present, that is time and attention that you WON’T be spending on lack – a two-fold effect on the energy that you are putting out.

You can try it out and ask your questions!